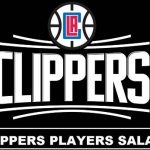 LA Clippers one of the best basketball team in NBA with a squad of top players. Doc Rivers is currently head coach of the team and working hard to bring good results in the upcoming season of NBA 2018-19. Clippers won two major division titles in year (2013,2014). The budget of LA Clippers increased after giving […] 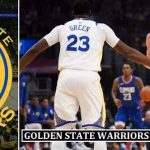 Golden State Warriors won the conference division title from (Pacific) with 58 wins in a season 2017-18. Steve Kerr make big changes to the rosters list and team tactics before the start of season. In Western Conference team stands at 2nd place with (.707) winning percentage. Golden State Warriors considered among the most valuable teams for the […] 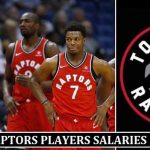 Toronto Raptors is currently the best side from (Eastern conference). The team finished at top of the points table with 59 wins out of 82 matches in the conference. By finishing on the top team clinched the playoff spot for the season 2018. In 2018, team won the division title 5th time in the history. […] 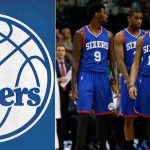 Philadelphia 76ers perform well in past few season. Last year the finished at 3rd place in the NBA standings which include 52 wins. The team signed some of the best basketball players that increase salary budget. JJ Redick is highest paid player in the roster list of (Philadelphia 76ers) with annual earnings of ($23 million). Brett […] 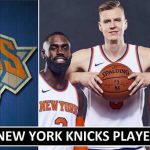 New York Knicks two times champion of NBA league in year (1970, 1973). Recently made big improvement in their rosters list. New players signed by the Knicks during the (NBA draft 2017). NY Knicks among the most popular team in the (Atlantic Division). In 2017-18 season of NBA team performance is very poor they have […]