Fabinho currently among the best defenders of premier league. He signed a new contract in year 2018 with Liverpool after moving from French Ligue 1 club (Monaco). He earns £130,000 weekly wage from his current club that makes him expensive defenders of Brazil in EPL season 2018. 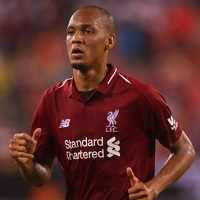 Fábio Henrique Tavares who is well known for his name (Fabinho) makes professional debut in year 2012. He played his first club match for the Spanish club (Real Madrid Castilla) in 30 match appearances he managed to score 2 goals as defender. But rise to fame as a super star footballer after joining the team of AS Monaco on loan deal during the year 2013.

Fabinho played two years for the French club on loan deal from 2013-2015. In, 2015 he signed a new contract with the club for next four years. Liverpool show interest in the defender and signed him on (£39 million) long term deal and makes him highest paid defender in premier league after Vincent Kompany of Manchester City. Fabinho becomes the memeber of national football team Brazil in year 2015 and played 5 matches since then.