Floyd Mayweather one of the greatest boxers in the history. He is currently undefeated throughout his career and takedown some of the best boxers in the ring. His earnings in year 2018 improved after defeating top athlete like Conor McGregor mma fighter turn to be boxer. 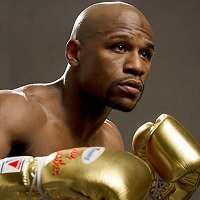 He make almost $275 million from his fight salary and winnings. His earnings increased as compared to other top boxers. Mayweather Jr earn big amount of money from the endorsement deals he signed. According to forbes magazine 2018 richest athlete list he ranked on top of the list with highest annual earnings in year.

He missed out the place in the list last year. But after winning the million dollar fight from Conor Mcgregor in August 2017, he become the richest athlete in the world once again. There are some rumors that his wealth increased upto $800 million to $1 billion after the fight but still these are rumors not confirmed.