Alberto Moreno the most promising young footballer from Spain. In 2014, he move to Liverpool football team on transfer fees of  £12 million as reported from (Sevilla). He played his youth football career with club (Sevilla Atlético) in Segunda Division Espanish football league. 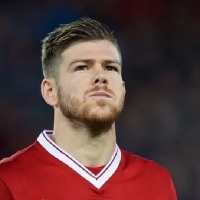 He played two seasons for the team of (Sevilla) and made appearances in 45 matches and managed to score 3 goals. Moreno performance brings his name in the spotlight big clubs transfer targets. In 2014, its Liverpool who signed him and he made his debut against Manchester City on 26th August 2014.

Since 2014, he played (88 matches) for Liverpool football club and criticize champions league group game in November against Sevilla in which Liverpool leading the match in the first half with 3 goals. Later the match ended as draw and Sevilla scored 3 goals and Klopp defended him. Alberto Moreno made his international debut in year (2013) for Spain against Georgia. His weekly wage at club is (£65,000). Alberto annual salary increased upto £2.08 million a year.