Dejan Lovren is among best professional football player for Croatia currently active. His performance as defender quite outstanding in the world cup 2018. Lovren skill as defender emerges while playing for the club Dinamo Zagreb. 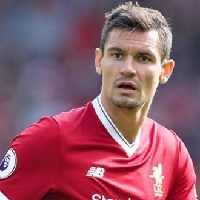 He is currently playing for the team of Liverpool and appear in more then hundred matches for the club. He scored four goals for the club playing as defender. His youth career began from the club (NK Ilovac) and in 2006 he made professional debut for club (Dinamo Zagreb).

Later in 2018, he is signed by the team Lyon on €8 million plus €1.5 million in incentives on a four-and-a-half-year contract. Dejan played 72 matches for the French club and scored 2 goals in 2010-2013 term. In 2013, Southampton shocked couple of big clubs and signed him on four year contract on undisclosed deal.

Dejan Lovren rise to fame as star after joining the team of Liverpool in year 2014. He signed a four year deal with the English club on reported fee of (£20 million). His weekly wage rise to (£65,000) in season 2018 according to football sources.