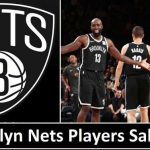 Brooklyn Nets performance in NBA season 2017-18 is very poor. They fail to finish in the top three of Atlantic Division. The team won only (28) matches out of 82 while suffer defeat in 54 matches. Big budget spent on the players salaries but the results were poor. Here you will get details of the players […] 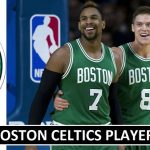