Anaheim Ducks make huge changes to their team player list. New players included in the squad after the season 2017-18 finished. Some players of (Ducks) get contract extension on base of their performance some will get renewal before the season NHL 2018 will began. In 2017, Anaheim Ducks set a new record of signing new players (36) in draft. 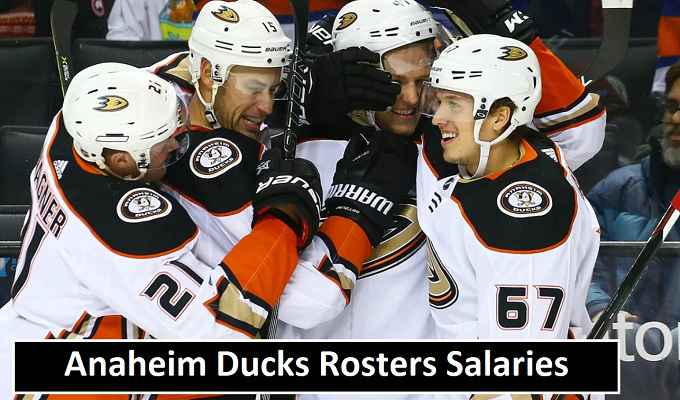 The team is managed by the head coach (Randy Carlyle). Carlyle managing career began in 2005 and in 2012 he become the coach of Toronto Maple Leafs. Later he rejoined the Ducks on extended contract deal in 2016. Here in the given table you can see the salaries of the Anaheim Ducks rosters.

Allot of players contracts with the team are ended and awaiting for the new contracts renewal. Andrew Cogliano, Corey Perry, Ryan Kesler and Ryan Getzlaf become highest paid players for the (Ducks). All rosters contracts will be updated right before the season will began. There are few rosters who are in-active will may seen in the upcoming season.