Simon Mignolet rise to fame after joining the team of Liverpool. He become one of the best paid football goal keepers in the world. The 30 year old who’s career began from (Sint-Truiden) club becomes most earning premier league goalkeepers. 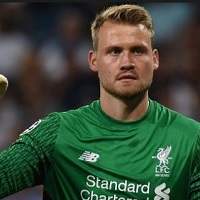 He turned professional football player in year 2006 and played four years career at Sint-Truiden. He made 100 match appearances for the club he managed to score 1 goal as (goalkeeper). In 2010, he signed with new club (Sunderland) and played 90 matches for them till 2013.

Before season 2011, Mignolet made his name among the international team squad and made debut against Greece. In 2013, He signed with Liverpool club on reported fee of (£9 million) on a five-year contract terms. According to sources his weekly wage exceeded upto £50,000 during the season 2016-2017.