Shaun Murphy created history many times in snooker with his outstnading performance. He won major championships that bring his name among the richest snooker player. Murphy earn huge prize money from the snooker tournaments in ranking and non-ranking. He become the world champion in year 2005, after defeating (Matthew Stevens) in final. 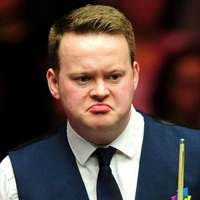 Shaun Murphy is currently rank at 5th place in worldwide snooker rankings. Due to his outstanding snooker skills he gets the nickname (The Magician). If we talk about his successful career, Murphy won 7 major ranking snooker event. These events brings big money to his career winnings. Four tournaments he dominated in minor ranking.

Recently he shocked many snooker fans after defeating Ronnie O’Sullivan in the final of (Champion of Champions).  He turned professional snooker player in 1998.  He won (Gibraltar Open) 2017, after winning the final match from Judd Trump.