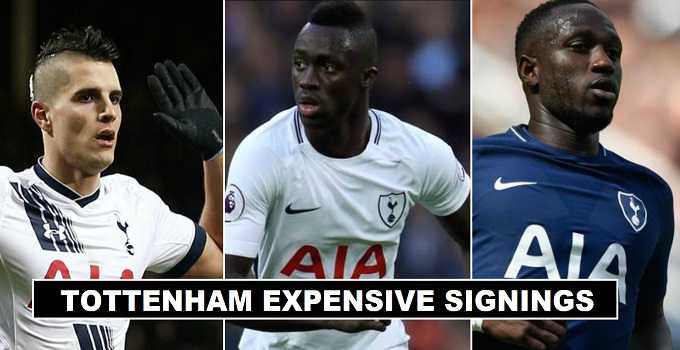 Last five years the most improved premier league club is (Tottenham). They did not win English premier league title but in previous regular three season they finished at 3rd or 2nd place in points table. They club set new records not only selling players but also purchasing them on high transfer fees. We have take a look on top 10 most expensive signings that Spurs made in past few years.

Tottenham set all time valuable transfer record after signing Davinson Sánchez from Dutch club (Ajax). Almost (£42 mllion) fees paid by the Spurs to get Colombian center-back. Others who joined him in valuable transfer list are (Moussa Sissoko and Érik Lamela).