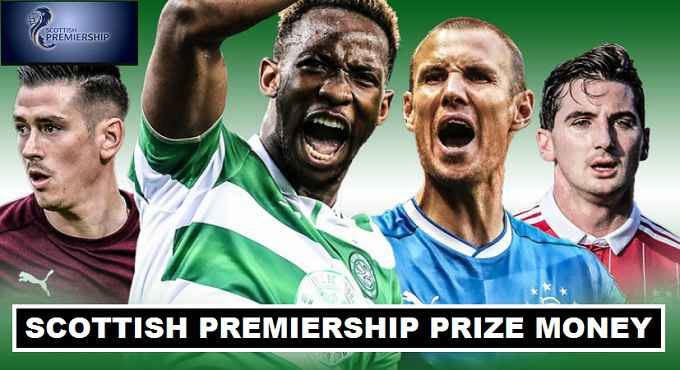 How much Scottish football clubs earn after finishing in the top position in the table. Celtic is most dominated team in the Scottish Premiership they get paid maximum money from the (prize money) adjusted for the season 2017-18. The prize money is distribution take place among the 12 teams last year there is total (£18.15 million) given to the 12 teams of Scottish Premiership.

There will be hike in the prize money of the Scottish Premiership season 2017-18 how much money the top four finishing teams of the premiership will earn that is a talking point. Last year Rangers F.C will made £2.025 million if they finished second in the league but 10 points is the actual difference for them.

Rangers are involved in four-way battle last year 2016-17 but they lost their second place race from Aberdeen. But this year if they finished at second place they will earn (£2.112 million) as cash money. Celtic who last season dominated the league pocket cash prize money (£2.948 million). Third place position team get paid (£1.81 Million) from the prize money share.

There are currently no details given about the upcoming Scottish Premiership (2017-18) league season prize money. But once the official prize money for all 12 teams who are playing the league are announced it will be updated here if there is hike in the prize money it will be mention here.