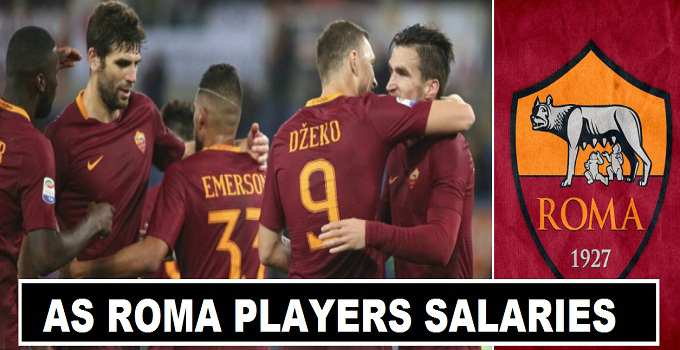 The most improved team in Italian Serie A is (AS Roma) club finished second in 2016-17 season. Only 4 points difference cost them the title last year. Club is looking for further changes in their team squad and they have been bringing good players in the summer transfer window (2016-17). Roma will play champions league next season after finishing in top 2nd position in Serie A.

Note: All the salaries details were taken from trusted football sources but we are not sure that all players weekly wages are accurate some players wage details are estimated

The wage bill of AS Roma football club increased after singing new players in the summer transfer window last summer. In 2016, the wage bill said to (€113 million). Which now (€130 million)  almost 7.5% increment in the wages of players. Eusebio Di Francesco bring couple of players for the midfield position to make their passing more improved. The club signed allot of new players on loan deal. A perfect transfer budget is allocated for the Roma manager before the start of the season. Roma has signed couple of players on loan deals which are ended last season 2016-17.

Maxime Gonalons transfer from Lyon, Juan Jesus from Inter Milan and Bruno Peres from Torino made huge impact on the wage budget and transfer budget of club. Patrik Schick and Grégoire Defrel two major signings made by AS Roma for the new season on loan deal both of them play on center forwards. Stephan El Shaarawy and Daniele De Rossi both of them highest paid players in the club currently.

After leaving Sassuolo F.C, Eusebio Di Francesco takes the position of (AS Roma) football club manager. Under his management the club played 8 matches so far and the result of winning accuracy is (75%) Roma won 6 of their matches while suffer defeat in one match and one match finished as a draw. Eusebio Di Francesco looking forward to give a good competition to the clubs such as Juventus, Napoli and AC Milan for the Serie A title. He