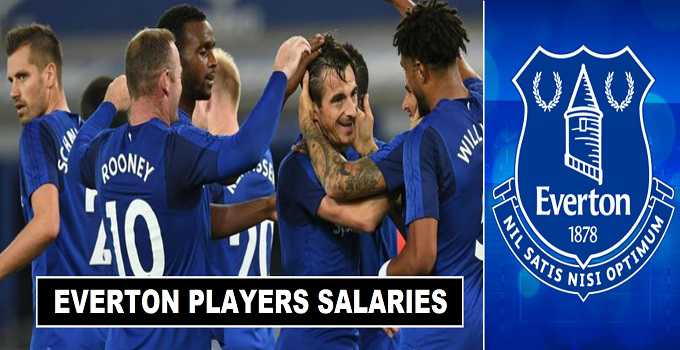 Eveton created a great football squad for their upcoming season they have made new transfers before the new season. Wayne Rooney is one of the prominent names in Everton squad currently. The club increase wage budget and transfer budget in 2017, summer transfer window. The wage bill of Everton club increased from (£74.5 million) to (£83 million) for the season 2017-18. The new signings create a massive impact on the financial status of the club.

Everton football team last year finished in the top six position of Premier league. The start of the new season for club is not good from 9 match they face defeat in 6 matches and only win two games. Currently the are at the bottom of the table. Wayne Rooney who is the highest paid player in the squad of Everton some how scored some goals but that did help them to gain points.

They have sacked their manager (Ronald Koeman) after last week defeat from Arsenal. In 2017, they have set record breaking transfers which include (Gylfi Sigurðsson). Everton buy him from Swansea City for £45 million fees. Club paid big transfer fees for the players like (Morgan Schneiderlin, Michael Keane, and Jordan Pickford) almost £105 million spent to sign them.