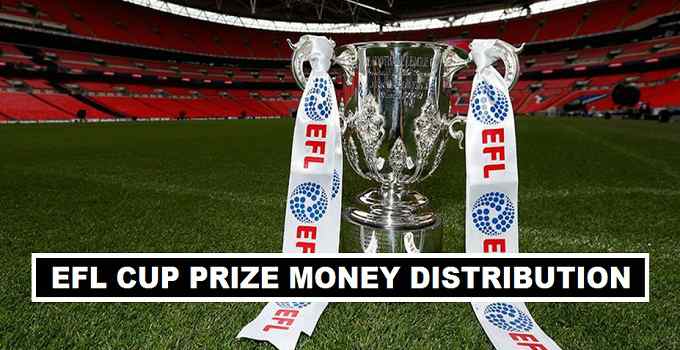 The other name of this cup is (Carabao Cup) due to the sponsorship deal with (Carabao Energy Drinks). There are 70 clubs played in the first round 24 clubs from (League one and two) 22 clubs from League championship. In second round there are 2 clubs from (Football League Championship) and 13 clubs from (Premier League). Lookout how the prize money divided among the teams from Round 1 to finals.

All 70 clubs in the first round did not received the prize money only 35 clubs that suffer defeat in round 1 will get paid (£5,000). In round two 25 losing teams earn (£7,000). In Quarter finals where 8 clubs left in the tournament, the winning four clubs move to the semi finals and losing clubs knockout out of the tournament with cash prize of (£20,000). The two losing semi finalist will awarded with (£25,000) money.