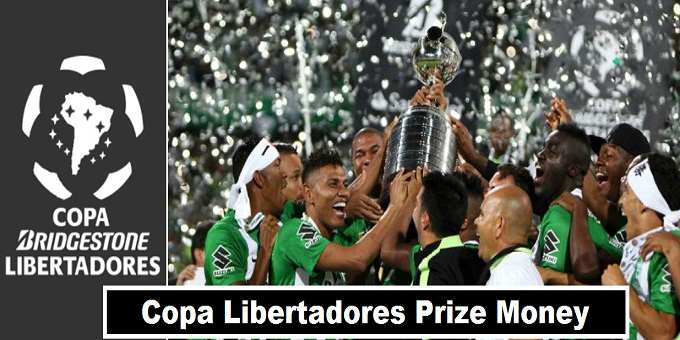 Copa Libertadores is among most established tournament between the South America football clubs. Each year there are 47 teams that are qualified for the tournament from 10 different associations. The prize money for the Copa Libertadores generated from television rights and stadium advertising. Total prize money for the tournament suggested upto $7 million. Which is equally divided among the teams how they finished in the event. Players who scores most goals in the tournament received ($30,000) as well as the best player trophy winner earn ($30,000).

Prize money increase as teams qualified for the next stages. All four teams who lost the quarter final will received ($850,000) and the two teams who lost semi finals collected ($1.1 million). The winners of Copa Libertadores in 2016, received $3 million prize money.

The winners of Copa Libertadores earn prize money of ($2.67 million) but this will increase after including the tv rights money and stadium advertising money. In 2014, the winners of received the total prize money of US$5.3 million. The team who lost the final and finished as runner-up in the cup will received ($1.34 million). Each team who knockout early from group stages earn ($300,000) and advancing teams to the next stage of the event earn ($250,000).