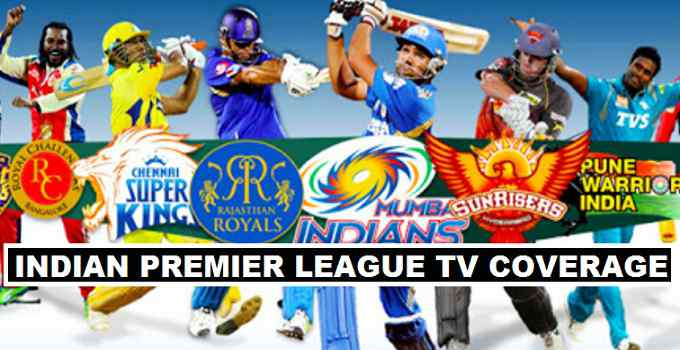 Indian Premier League is a successful short format tournament which is established by the governing bodies of (BCCI). Big channels are demanding to show the coverage of Indian Premier league worldwide. There are rumors that Facebook looking to gets rights to show the live coverage on $600 million deal, but still these are rumors there is no confirmation about the news.

There are no channels in Canada who upgraded their tv rights deal with Indian Premier League so far. The channels above mention were previously holding the rights to show the matches in Canada. In Afghanistan, Lemar TV got the rights till 2017, they have been promoting IPL in Afghan cities. Pakistan an other cricket loving nation, Geo Super will provide the coverage of the IPL matches.

Star Sports sets a massive tv right deal with IPL of ($1.67 billion) for next five years. They become the official rights holder to show the matches coverage in India. Here are the channels that will show the telecast of IPL matches around the globe.