Vasyl Lomachenko the rising super star in Boxing. The Ukrainian professional boxer already create impact on rankings after back to back wins. In a short term of career he start getting big purse money fights. He made debut in year 2013, and become the new WBO International featherweight champion. 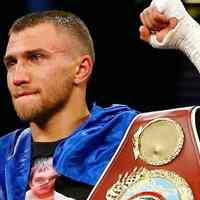 In 2014, He come head to head with Mexican boxer (Orlando Salido) for the (WBO featherweight title) but suffer defeat in the match. He received the purse money of ($631k) from the fight even after defeat. Lomachenko made big money from the fight purse against opponent (Marriaga). To whom he defeated in the 7th round of the match and retain (WBO junior lightweight title).

Lomachenko will face Cuban boxer (Guillermo Rigondeaux) in December 2017. The purse split will be (60/40) some rumors about guaranteed purse that Vasyl Lomachenko earn almost $1.5 million from the fight. He earn highest purse money from fight against Watlers about ($1 million).