Paige VanZant become one of the top professional mixed martial arts female fighters. In a very short time period she reached the heights of fame. In 2012, She made her career debut after winning her fight from Jordan Nicole Gaza at (UWF) event. VanZant among the top paid women fighters in Ultimate Fighting Championship. 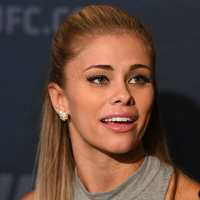 Paige VanZant become official fighter in UFC after winning her fight from (Kailin Curran) on 22nd November, 2014. According to MMA sources she get paid $20k per fight purse while in the start of career in UFC. Recently she writes a book (Surviving the Fight of My Life) in which Vanzant describe about the challenges and her career in mixed martial arts.

After losing her fight in 2016 from (Michelle Waterson). She did not take part in any fight of year 2017. Paige VanZant only got once (performance of the night) and (knockout of the night) bonus award during the career. In 2018 she tried to make comeback but suffer another defeat from (Jessica-Rose Clark).