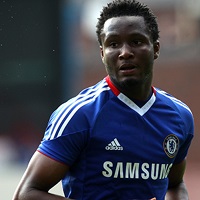 John Obi Mikel after playing a successful career with club (Chelsea) he moved to Chinese super league. The team of Tianjin TEDA F.C signed the Nigerian super star footballer on most expensive midfielder deal. While playing almost 11 long years with Chelsea, Mikel scored only 1 goal in 249 match appearances. His annual salary at Chelsea football club said to be (£7.5 million).

Mike earned (£180,000) weekly wage from the club. About his endorsement deals there is not much information but every footballer have some sponsor. In 2006, he played his first international match for (Nigeria) and managed 6 international goals for the team. He earned 82 national caps and hopeful to play in the world cup 2018. He won the award of (African Young Player of the Year) in 2005 and 2006.