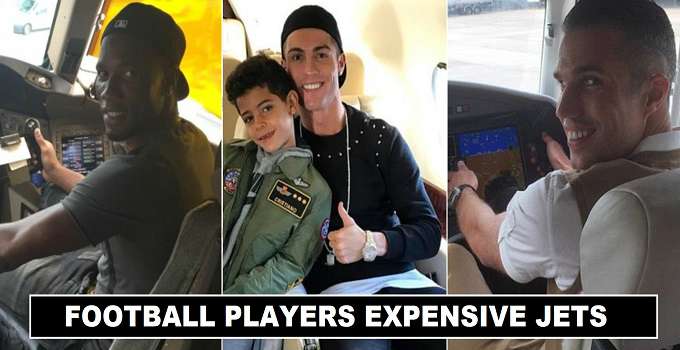 Well if we talk about money footballers are currently most money makers in world. How do they spend money most probably they bough expensive cars, properties, yachts and jets. Here you will get details about the football players who own private jets in which they travel. Some footballers spend big money to comfort their travel level.

Ronaldo purchase the most expensive second jet which cost ($65 million). David Beckham created history after purchasing his own jet in which he travels. Benzema, Ronaldo, Neymar and Samuel Eto own the private jets.

Cristiano Ronaldo one of the most expensive footballers in history. He owns a private jet the price said to ($65 million). In 2016, the jet crash landed on Barcelona airport, Ronaldo was not boarded on the plane. Some sources said that he often rent the plane to private clients.

Paul Pogba who recently moved from Juventus to Manchester United achieved a great landmark in his football career. He owns a private plane said to (Gulfstream G280). The price of the jet is ($24.5 million) which makes it one of the expensive planes.

Lionel Messi one of the greatest super star footballer playing for club Barcelona owned a private plane cost ($25.9 million). Messi spent well money for his comfortable plane ride. He is richest player in the world after Cristiano Ronaldo, he is listed among the highest paid athlete list of Forbes Magazine.