The big snooker tournament coming ahead in the month April. World Snooker Championship this year take place at Crucible Theatre, Sheffield, in England. There is 10% increase in the prize money for the whole championship. The winner of the championship earn almost (£425k). Last year when the Mark Shelby won the tournament he collected the winning share of (£325k). 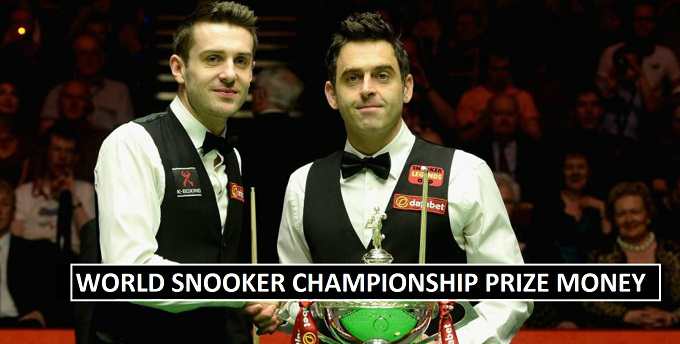 The total prize money for the overall tournament is rise from £1.5 million to (£1.75 million). Which is distributed among all the players who contributed in the competition. Here in the given table you will see the how the prize money distribution take place. The player with television highest break earn (£10k) and Non-televised highest break player earn (£1000).

There will be huge pressure over the current defending champion (Mark Shelby). Shaun Murphy, Mark Williams, Neil Robertson, and Ronnie O’Sullivan all four of them looking forward to get the first major trophy of the snooker season 2018.