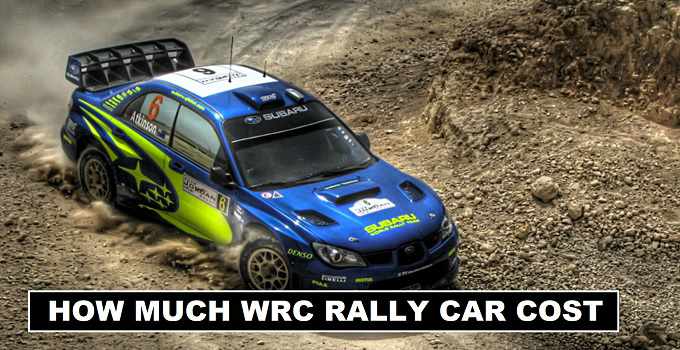 How much money you need to build a Rally car cost. According to some sources it depends on specification cost that required for Rally car. Earlier the prices of the cars are not much costly but in last five years the specifications increase the value of the cars. Before you turn you car into a professional world rally car you must have a good backup money. Group B cars replace by the (Group A) car was a set of motorsport regulations introduced by FIA. Which covered production-derived vehicles intended for outright competition in Touring car racing and Rallying.

The Group A cars increase the performance of the Group B cars because they have less power and better in handling at the rough tracks. Group A cars mostly used now days in the rally because these cars are limited-production prototypes.

Engine Cost:
WRC Rally cars build on production cars cost much bigger prices that you can imagine after the new rules and regulations applied by (FIA). Engine is expensive part of the rally car because it generates more power on dirt track and icy track. Almost ($300k) cost to buildup a good engine for a world rally car. If you are looking to buildup the rally car for (Group B) then engine cost you maximum with all equipment ($150,000).

The turbochargers maximum cost $150,000 for WRC rally car. It is a turbine-driven forced induction device that increases an internal combustion engine’s efficiency. The power output by forcing extra air into the combustion chamber that increase the horse power speed of the car.

Anti-lag systems Cost:
Now days the WRC Rally cars also use anti-lag systems which feed air directly to the exhaust system. This system is more refined, effective with advanced computer control and also produce less noiser. Antilag System cost almost $10,000 for a rally car its an estimated price no current information is given about the actual cost of antilag system.

Sequential Gearboxes Cost:
The gear box system is totally different for a Rally car as compared to other racing cars. A sequential gearbox will cost you almost $250,000 from a (A class) cars to increase the efficiency and reliability during the turns.

Aerodynamic Parts Cost:
Aerodynamic Parts are the different parts that gives a different look to car. That include (hood vents, splitter, dive planes, side skirt, side vents, diffuser, spoiler, rear wing and front) the cost of all these parts almost upto ($125,000).

Tires Cost:
Series of tires bought by the rally teams before the race. Which depends on the weather and current weather situation where rally taking. A tires set cost almost ($15,000-$20,000) which include all (Wet, Dry and Normal) race tires.

Accident Damaging Expense:
Well the above table you will see how much a (Group A) rally car will cost you. But what happens if the cars gets damage due to an accident how much it will cost you. Ford Fiesta RS a car once catches the fire after holding a car accident and after the team boss revealed that it will cost him (£400,000).