Roman Reigns the man who rise to fame after taking part as member of group in WWE (The Shield). Roman Reigns more popular wrestler after leaving the shield and won the major championship (WWE Championship, World Heavyweight Title). How much money he made from the career with (world wrestling entertainment). 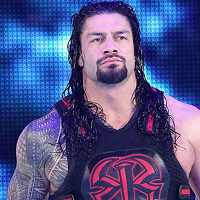 Reigns made professional wrestling debut in year 2010. He shared great rivalry with wrestlers like (Brock Lesnar and Seth Rollins). He defeated The Undertaker at the Wrestlemania in a no barred match. In 2014, Reigns is not among the top paid wrestlers of the WWE. But later after winning the world heavyweight championship at (WrestleMania 32) he gets a big money contract.

In 2015, his annual base salary is $1 million while after two years of successful wrestling performance his earnings increased. His new contract with WWE in 2017, made him the 5th most paid superstar with annual salary package of ($3.5 million) with free accommodation.