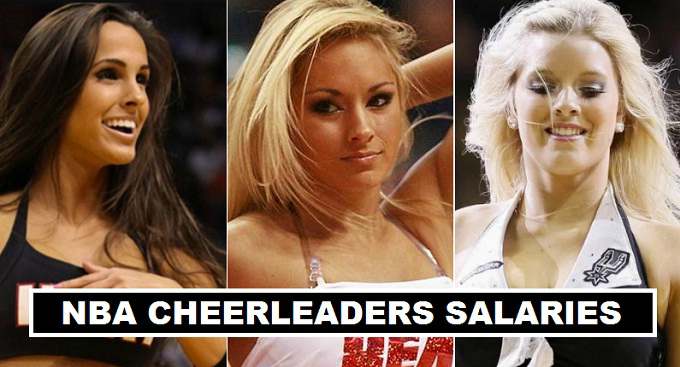 NBA is much popular among the people of America and Canada. Almost each year there are huge number of cheerleaders who are looking to become the NBA teams cheerleading squad member but only few of them were selected who are good in gymnastics, stunting and dancing skills. But how much these girls earn when they become a cheerleader member for NBA team. NBA has got its own cheerleader squad that were usually do the charity work, fundraisers, and modeling.

Cheerleader get paid per game, but there is much difference in the salaries of each cheerleaders team of NBA. Not all having the same pay-scale. Cheerleaders who are young and recently made debut earn maximum ($150) from each match appearance. Professional cheerleaders working with NBA teams earn upto ($650) per match.

The professional cheerleader girls can make $35,000 annually from a NBA season. Professional get paid extra bonus when they performed to cheer their team fans during the NBA Playoff season and in the finals. The debut cheerleaders did not get much matches to performed as compared to contract base cheerleaders. They have been selected to replace if any cheerleader is injured.

As you see in the above table, how the cheerleaders get paid by their teams. The earnings information is taken from the valuable sources of sports magazine journals and economic sites. New York Knicks and Atlanta Hawaks cheerleaders are among the highest paid with per match $650 salary. The lowest salaries that are cheerleaders getting is $200.

There is 10% hike in the the per match fees of the cheerleaders earnings, in 2016 a sports site published report they claimed that a cheerleader maximum earn upto $400 to $200 per match and annually they get pay-scale upto $15,000. But with each passing year there is increase in the pay of the cheerleader girls.

Cheerleaders get extra bonus when they are selected for NBA all star game. They earn $2,000 during the NBA final playoffs and all-star match performance. Cheerleaders team, get free travel expenses. Cheerleaders also get free guest tickets and free parking for the matches. Not sure that all NBA teams pay cheerleaders free air travel expenses but some teams get these benefits from their franchises.