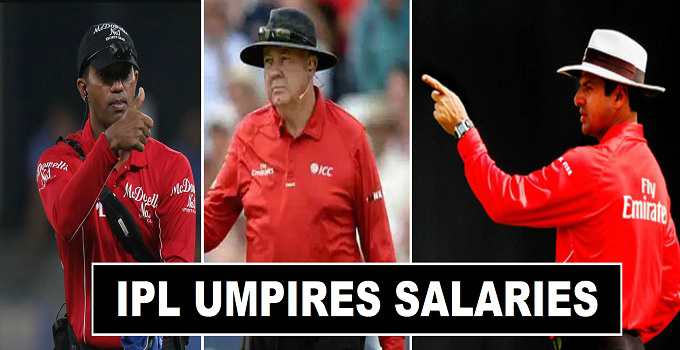 Indian Premier League becomes most successful t20 leagues in the world. There are number of big cricket officials who join the league to judge the match. How much an IPL umpire get paid per match. There is a report published that claimed that an IPL umpire salary earn ($2,700) during 2013.  Some of the officials are expecting rise in the salaries. In 2018 umpires were hopeful to get better salaries as compared to previous IPL season.

Base Salary of IPL Umpires :
Umpires who are on field earn per match fees $2,700. Some sources claimed earlier last year that ipl umpire salary increased when they selected for Finals. They earn $3,200 per match of playoffs. Umpires selected on base of their merit performance. Mostly professional umpires with good reputition selected in matches such as (Kumar Dharmasena, Sundaram Ravi, Aleem Dar, Marais Erasmus and Nigel Llong).