Cristiano Ronaldo one of the greatest footballers in the world. He become the highest paid athlete in the world. The super star footballer is currently playing for the Real Madrid team. He breaks many LA Liga and Real Madrid records after joining them in 2009 leaving Manchester United football club.

Ronaldo got huge fan following on social media that tells the actual story of his popularity. Most followed footballer on social media sites such as (Facebook, Twitter, Instagram). He become the fourth footballer to get his wax statue in Madame Tussauds London after (David Beckham, Steven Gerrard, and Pele). 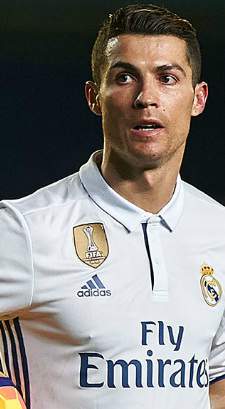 He become the top footballer in the world with annual salary (£35 million) a year. Only Messi and Neymar can compete his salary status on football level. But there is big increase in his fortune after signing big endorsement deals that made him the richest athlete in the world. He is totally earning ($35 million) from the sponsorship deals he signed.

Cristiano Ronaldo Endorsement Deals: Ronaldo endorses for the top companies such as (Nike, Castrol, KFC, Armani, Konami, Tag Heuer, Samsung, and Herbalife). He is currently most marketable athlete world wide due to his popularity. Sources from claimed that he get paid (£14.1 million) annually from (Nike) on base of his contract with them. From other endorsement deals he earned (£15.56 Million) a year.

After joining Real Madrid he become most earning footballer in Europe and World with weekly wage (£183,000). He is getting guaranteed salary of (£9.5 million) a year from Real Madrid. He signed a new contract with club which is till (2021-22) where his salary increased and he will paid (£350,000) weekly wage after tax deduction and £25 million annual guaranteed salary.

After making national team debut in 2003, he gets his first major international tournament win (Euro 2016). He lead as skipper of the Portugal. He scored 79 goals in (146 appearances) for Portugal football team.