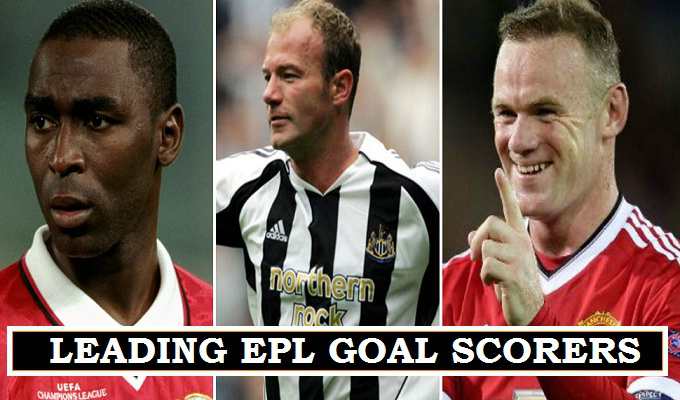 Premier League is place where its difficult to score goals, the teams maintain their defense line strong with top defenders. With the start of EPL season formation in (1992) 26 players made their name among the highest goal scorers list until now. Its Alan Shearer who scores most goals in the Premier league matches and leading the list he played for the team of Newcastle United and Blackburn Rovers.

Some players played for multiple clubs, but the only clubs you see in the above table mention where they play most of the career. Wayne Rooney will join the 200 goals club soon, he is currently part of the Everton football team after leaving Manchester United. The are only 26 players who score over 100 goals in Premier league. Thierry Henry who played for the club Arsenal, in premier league 175 goals which brings him at 5th place in the list.