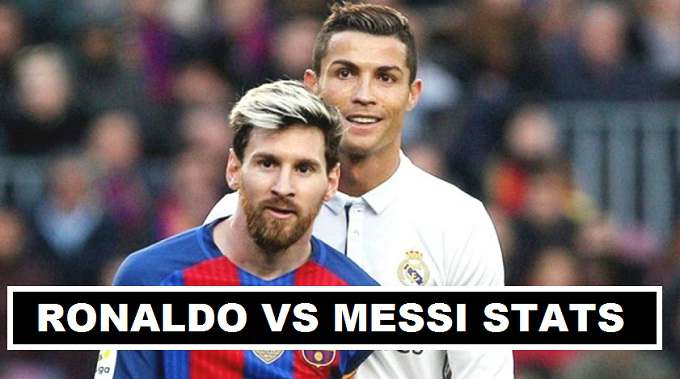 There are two best footballers in the world currently playing in LA Liga. Cristiano Ronaldo playing for the team of (Real Madrid) and Lionel Messi playing for (Barcelona). They both created some new records while playing season for their teams in LA Liga. Here you will see the actual details of their performances during the new season of LA Liga 2017-18.

Messi gets a good start in La Liga season 2017-18, he managed to score 2 goals in 2 match. In next few weeks champions league and other cup matches coming ahead which means he got more chance to increase his goals from the arch rivals Cristiano Ronaldo.

Cristiano Ronaldo scores 42 goals in all 46 match appearances for Real Madrid in all competition. He will going to play for the team of Real Madrid in Club World Cup in Decembers goals in the matches of the tournament bring him in the lead.

Who won Most Ballon D’Or Awards Messi or Ronaldo:

In the above table you will see some of the top achievements of the both football players. There are further awards and achievements will be added here later. Both of them were amazing footballers of current time period scoring goals for their clubs and national sides. Lionel Messi won five Ballon D’Or awards and Cristiano Ronaldo equals the record of most ballon dors after winning 5th award in 2017.