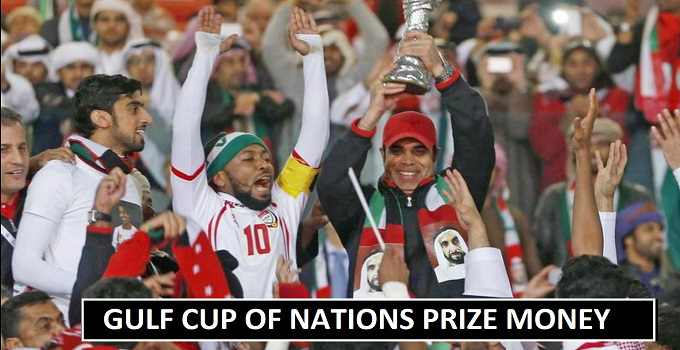 Gulf Cup of Nations starting from 22nd December and final played on 5 January 2018. Earlier this tournament host by Qatar but due some Qatar diplomatic crisis the event postponed. Later Saudi Arabia, UAE, & Bahrain pulled out of Gulf Cup. Kuwait adoption of a new sports law lifted FIFA suspension. How much do all teams earn prize money for participating in tournament.

On 7th of December 2017, it was announced that Kuwait will host 2018 Gulf Cup of Nations. There are total 8 teams who participate in the event. How much prize money paid to the winners and what is overall fund adjusted for the tournament. Here you will get all details about the event prize money.

How Prize Money Distributed Among Gulf Cup of Nations Teams: