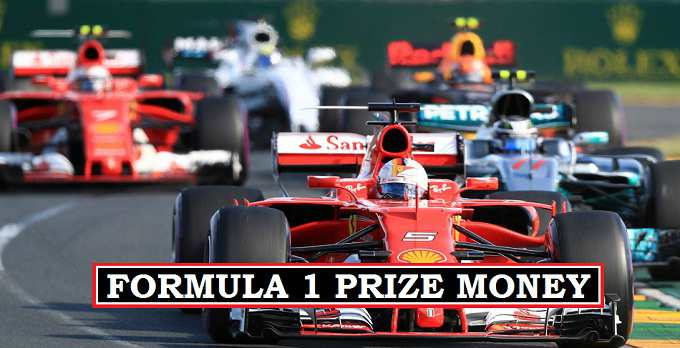 Every racing team in formula one received the prize share. Last year in 2016 ($1.8 Billion) profit made by Formula one. Which is distributed in two groups 50% money is provided to the Formula one teams in (prize money) form. The other 50% amount is provided to the Formula one group and share holders. The prize fund divided into several parts there is different share of winnings for the teams who finished in the top position of (constructor championship). The 23.7% fund is distributed equally among the top 10 teams.

Note : The above table is the actual standings of 2016 F1 season. All the prize money information adjusted from the previous racing calendar.

Once the Formula One 2017, season comes closer to the end we will updated here. Here you will get details about team earnings according to their positions. As you see in the above Ferrari earn most money then all other F1 teams its due to their contract with Formula one. They get extra bonus $20 million fund last year.

As the new season began from the month March 2017, with couple of big victories Mercedes F1 team is leading the constructor championship once again. Ferrari placed at second position so far with just few points difference. Well only 9 grand prix races left for the season. There will be a great battle to watch this season against between the Mercedes and Ferrari.