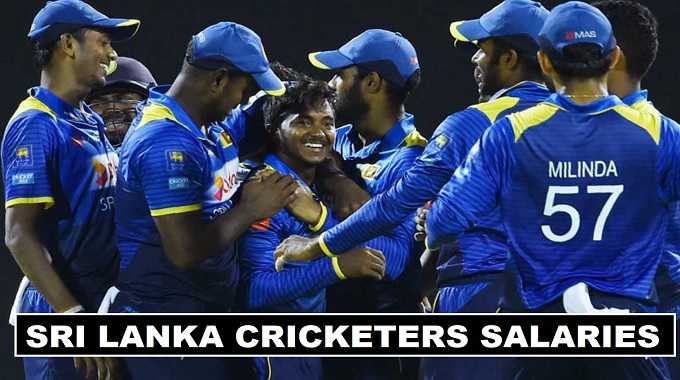 Sri Lanka made big changes to the team squad after retirement of some professional cricketers. New young bowlers and batsman were introduced by the team for international tournaments and series. Currently (Dinesh Chandimal) leading the team in test matches and series. Upul Tharanga is skipper for the ODI and T20 team. Both have a good experienced of cricket after recent ICC Champions Trophy 2017 more players included in squad. Sri Lanka players earns better salaries as compared to Pakistan and Bangladesh cricketers.

Dinesh Chandimal and Upal Tharanga base salary higher from the other cricketers because they earn extra money for leading team in series. Just like other teams, Sri Lanka players get prize money share. A report published about the prize money distribution in a magazine according to them 50% of prize money share distributed among each player in the squad. The batsman who scores 100 runs for the team earns 25% extra salary with match fees.

How Much Bonus Money Paid to Bowler Score Hat-trick in Match:

In-case if a bowler scores hat-trick or take five wickets haul, 25% salary also given him with match fees. Such bonus in cricket motivate cricketers. Not all players get retainer fees at the end of the year, players mostly selected for series received it. Players who are young in the squad have less experience make maximum ($135,000) from retainer fees each year.