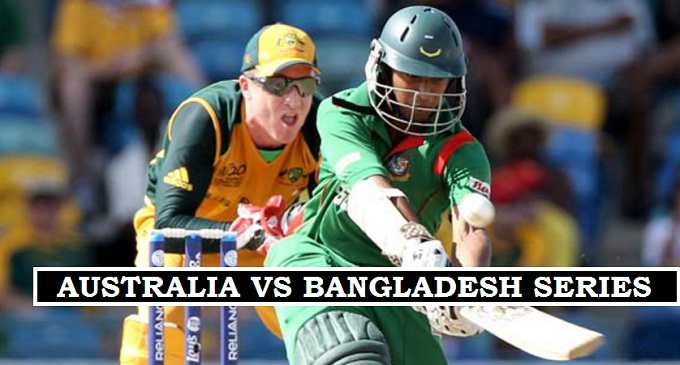 Australia going to play their next series against Bangladesh. The series conclude only on based on test matches three test will played from the month of August till September. Steven Smith will be looking hopeful for winning results after a poor tournament performance in Champions Trophy 2017. The first match played on 22 August at Fatullah in Bangladesh.

Three matches will be played during this series. Bangladesh performed outstanding at home matches their previous record. Mushfiqur Rahim lead his side and he got great experienced how to play against team like Australia. Shakib Al Hasan, Tamim Iqbal, Mominul Haque and Mahmudullah are the most prominent players in this test series.

The first match will be practice game for Australian cricket team, the opponent for the match is still not announced. First test will be played on 27th August at Shere Bangla Stadium in Dhaka. David Warner, Aaron Finch, Glenn Maxwell and Mitchell Starc will be the key players for the Australian side in the series and they can do the big damage to the opponents batting and bowling.